Night of the witches 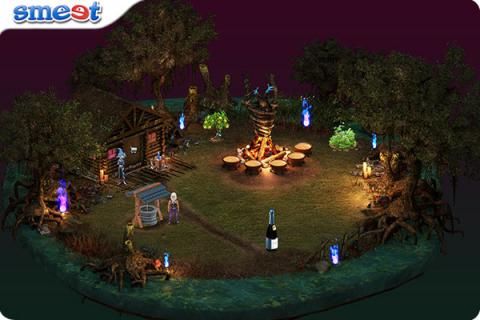 The Walpurgis night is celebrated on the night of 30 April to 1 May of every year and it is a traditional European festival whose origins go back to pre-Christin times. 1000 years ago, the indigenous people of the Harz Mountains celebrated a spring festival, welcoming the new season by making various offering to the supreme Germanic God Wodan. In Germanic folklore, the indigenous believed that witches rode across the sky and held a cover on Brocken Mountain.

To scare them and ward off any evil spirits, the locals would light fires, because witches apparently don’t like smoke. They would also ring church bells as witched don’t like noise. This is finally the night in which witches are reputed to hold a large celebration on the Brocken and await the arrival of spring.
sMeeters, it is now up to up! Are you ready to hunt and scare witches?

In the Witch Forest, you will able to celebrate Walpurgis night! Don’t forget to collect every ingredient to create a Walpurgis bowl to keep witches away!